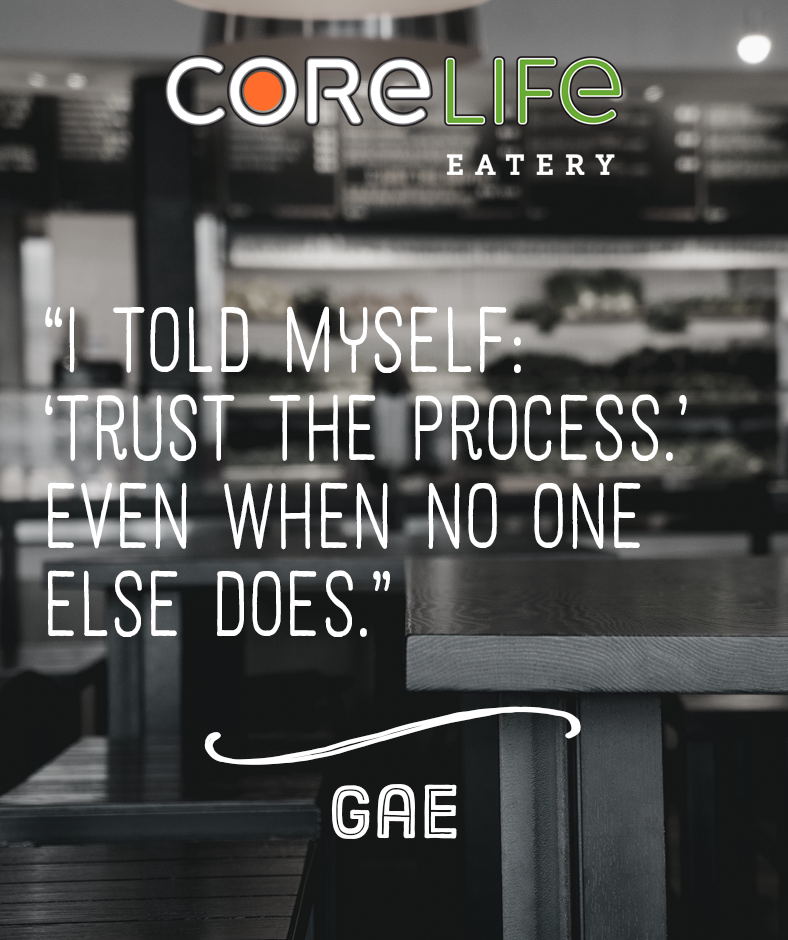 Before the CoreLife Challenge, I visited the pharmacy daily to get my blood pressure checked. Initially, it was 165/105 – worse than at the doctor’s office. The pharmacy clerk urged me to take the prescription, saying I could not bring it down without medication. I told myself: “Trust the process.” Even when no one else does.

Finally, to avoid the embarrassment, I bought a pressure cup. Believe it or not, my pressure had reached normal levels by just the fifth day of the CoreLife Challenge! In the days to follow, my pressure would pop back up. I remember Todd advising that the dietary change is not the only way to transform my body. I acknowledged that supplements were necessary, but which ones? I was not getting all the results I was expecting.

In trusting the process of getting healthy, I began to dig a little deeper. I read about the five foods to avoid. I discovered the benefits of a liver cleanse regimen. The foods that were recommended on that regimen? Of course, they were on the CoreLife menu!

I seemed to have plateaued as my pressure was staying normal. I lost inches but not weight. Seven days into the liver cleanse with supplements, I recorded some weight loss, less joint pain, and a great positive disposition. Now, I had the courage to set my next doctor’s appointment and show off my progress. My pressure read 120/80 on my next visit. I weighed 178 pounds. Here’s how the conversation went:

Doctor: “So, you took the medication, right?”

Me: “Wrong. I worked my fitness program.”

I then told her all about CoreLife Eatery and made her promise to visit the restaurant herself. She commended my success but also delivered some alarming news: my cholesterol levels were high in that initial appointment. She recommended putting me on cholesterol medication immediately. I suggested we wait and revisit the numbers in six weeks. She agreed to do so…