Well, I did it! I successfully completed the 21 day challenge and I can tell you that I learned a lot about myself throughout these past three weeks. It was difficult resisting all of the normal temptations that I allow myself to give into but the end results were very rewarding.
At the beginning of this challenge, I weighed just over 200 lbs. I felt that I was in fairly good shape and healthy already, but I knew that I could be better. This challenge for me was not so much to start a “weight loss” journey, but was to become more conscious of what I was putting into my body.
I used to always have these horrible stomach pains along with terrible bloating that I have seen two doctors for. I have had tests done, a scope of my stomach, and no one was able to give me a definitive answer as to what was wrong with me. They told me I was just suffering from general IBS and there was nothing much that could be done.
Eating CoreLife food along with preparing meals that go along with the CoreLife menu these past three weeks, I can tell you that I have not had any stomach pain or bloating. My stomach became flatter, I began to stand taller, and I felt more energized in my day to day tasks. You would think that with all of that fasting you would lose your energy, but I felt as if I had more energy, and was able to do harder workouts that I have not been able to do in a while (since my Varsity Hockey days).
I have also discovered how poor my apparent “healthy diet” used to be. I would eat vegetables, but only at one meal per day.The rest of my meals were comprised largely of animal meat proteins and heavy carbs. I came to the realization that the heavy proteins were the real culprit to my stomach pains and that by eating a more pH basic and plant-based diet, that helped calmed my
stomach pains down down. I still ate meat, but limited my animal protein intake, and substituted it with other alternative foods.
I am now 191 lbs and have lost a total of 10 lbs on the challenge. Like I said, the challenge for me was not the weight loss, but was to begin an overall change in my life to better wellness. You can see by my before and after photos that I am a much more lean and healthy person. Just wanted to share my testimonial with you of my journey so far, and I can’t wait to see where I am going to go from here! 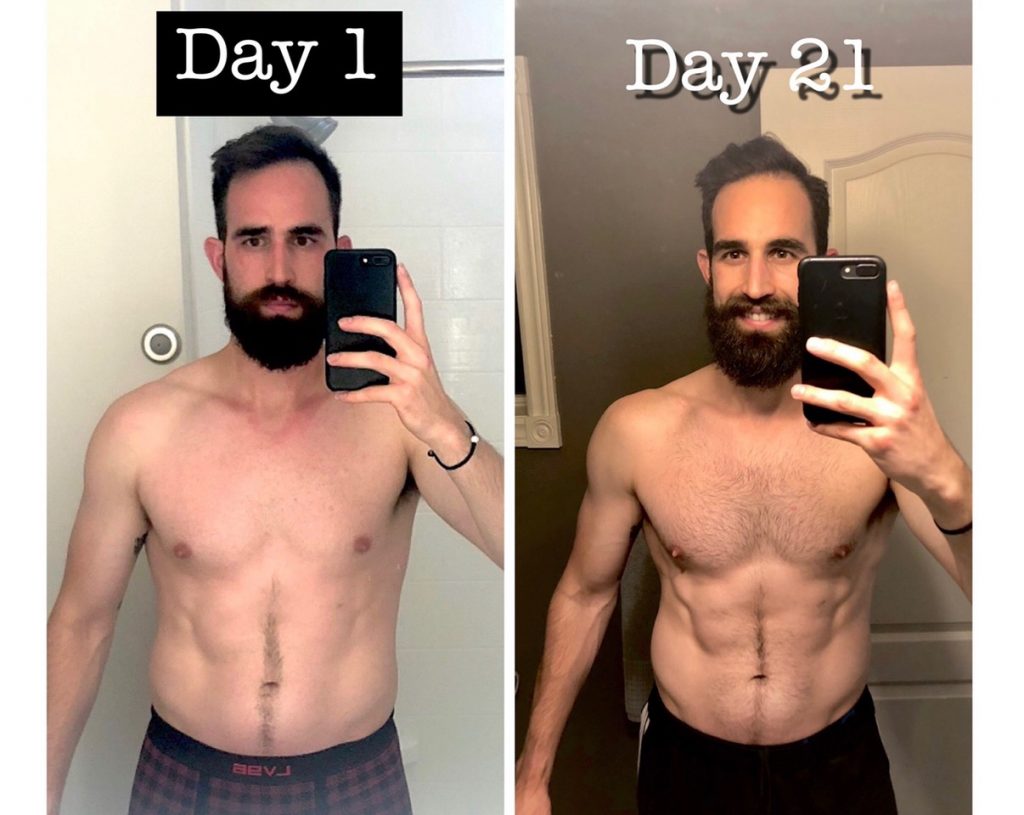