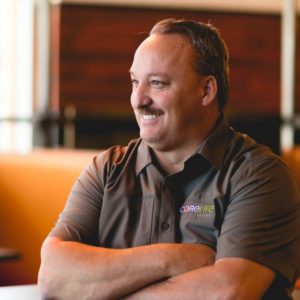 The driving force behind the development, focus and discipline of CoreLife Eatery.

Larry Wilson is responsible for all aspects of directing our officers and resources and ultimately bringing our eateries together into reality at cost. Larry has a passion for real estate and an unlimited endurance for the details of the buildout.

Larry co-founded Video King three decades ago, growing it into a regional powerhouse numbering 36 stores. Larry sold his stores several times and bought them back, ultimately realizing great profit and experience which allowed him to focus on his passion for real estate & restaurant concept & development.

Wilson opened his first Moe’s Southwest Grill in Syracuse, NY, in 2005.  In the same year, Wilson was awarded “Rookie Franchisee of the Year,” and then “Franchisee of the Year” in 2014. Wilson has grown his current Moe’s restaurant portfolio to a total of 22, with more in the pipeline.

Wilson has also created a best-in-class frozen yogurt experience, named Hoopla Frozen Yogurt. This concept was envisioned and constructed from the ground up. The first Hoopla opened up in Binghamton in July 2013 and within two and a half years has grown to 14 stores.

In May of 2015 Wilson put together a team of partners and launched a new restaurant concept …CoreLife Eatery. The pilot restaurant is in Syracuse, NY. Wilson and his partners intended to develop a working prototype concept and to test ideas there. However, the test proved ready for launch almost immediately and Wilson has been focused on creating an aggressive development plan.

Wilson continues to be heavily committed to philanthropy through his work with the Catholic school systems, and the restaurant “give back” programs. He was nominated for Philanthropist of the Year in 2015 by the corporate offices of Moe’s Southwest Grill.

Scott Davis is a leader and innovator in the fast casual restaurant industry specializing in brand positioning and clean/healthy menu development.

In September 2016, Scott joined the CoreLife Eatery team to head up menu development and guide strategic brand growth. Scott’s experience during the growth of both Au Bon Pain and Panera Bread make him an invaluable asset for the CoreLife team.

In his role as the Chief Concept Officer for Panera Bread from the inception of the brand until December 2014, Scott oversaw all menu development, category management, restaurant design and sustainability efforts.  Scott was also an integral part of Panera’s marketing and strategy teams guiding the brand’s evolution.

Scott began his career with Carrols Corporation working his way from an hourly employee to unit general manager. In 1987, he joined the fast casual pioneer brand, Au Bon Pain, as an operator.

During his tenure at Panera, Scott led many key initiatives that drove the long-term success of Panera Bread, as it became a leader in the fast casual segment of the restaurant industry.

Customer attitudes are changing fast! Staying relevant and competitive requires transparency & real food from sustainable sources. People are starting to understand that what they eat is how they feel – and they are seeking that out. 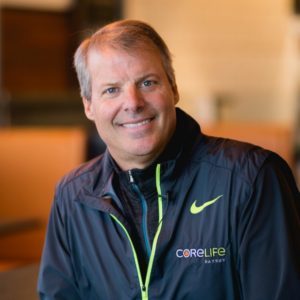 Co-founder & Executive Vice President responsible for our focus on health as it ties to delicious fresh food.

Todd brings his background in wellness & nutrition to provide a unique guidance for our brand. His motivation and energy have been key drivers to develop the culture, voice and success of CoreLife Eatery.

Todd Mansfield graduated from Upstate Medical Center in 1984 and completed his doctoral studies from Rocky Mountain University in Utah. He began his career at New York Hospital- Cornell Medical Center in NYC. One year later he was offered the coveted position as Team Therapist for the NBA’s New Jersey Nets. Todd then had a vision of creating a practice that focused on health from an integrated approach of overall well-being and founded Southern Tier Physical Therapy Association (STPTA) in Binghamton, NY. Over the next 28 years, STPTA grew to be one of the largest private practice PT clinics in NYS, providing upwards of 50,000 treatments per year.

In 2007, Todd built and managed the Med-Site building, which was the first privately owned multi-practice facility which included an ambulatory surgery center used by United Health Industries (UHS). He was an integral investor and advisor in bringing cutting edge cancer treatment technology to the Binghamton area. He is the co-owner, co-founder, and a managing partner of “Cyber Knife of NY.”

Todd has been the recipient of the “Small Business Person of the Year Award in 2005” and the “40 under 40 Award.” Todd has a strong commitment to the community and is dedicated to helping people. He has served as the volunteer girls lacrosse and boys hockey coach for the last seven years. Todd is on the Board of Directors for “Grace and Peace Mission to Orissa” (GPMO) which is a non-profit international Christian ministry committed to helping the less fortunate people of India . He also serves on the local committee for Young Life Christian Ministry.

When I see how we’ve changed peoples lives for the better, just by giving them a different option, I remember why I got into the health care business! 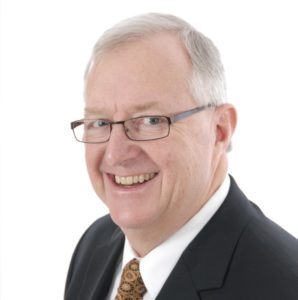 Responsible for the human capital and daily operations of the company.

Jeff Coghlan contributes many years of experience and expertise to the engine of CoreLife Eatery.  His considerable involvement in ministry, charity and politics gives us a genuine heart for the associate, as well as the customer.  His giving life and his caring attitude are reflected in the character of our organization and it is one of the differentiating aspects of our brand.

Jeff has been engaged in restaurant management for 46 years.  He became a Wendy’s franchisee in 1989 and, as the Chief Operating Officer, along with his partners built the largest and most geographically diverse franchise organization in the Wendy’s system.  In addition to Wendy’s, Jeff is a Moe’s Southwest Grill franchisee and a Harley-Davidson dealer.

Jeff has been the recipient of many awards throughout his restaurant career and has served on most of the advisory boards of both Wendy’s and Moe’s.  Of particular note, he is a member of the Wendy’s Hall of Fame and currently serves on the board of the Dave Thomas Foundation for Adoption.

Jeff has been responsible for the back office support of his various restaurant affiliations since becoming a franchisee.  In addition, he has led the effort in assembling and maintaining the many critical outside professional business relationships necessary to support all of the various businesses.

Our people are so important to me – if they know that and they are treated with love, every day, everything else will take care of itself.